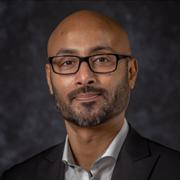 A specialist in internal medicine, gastroenterology, hepatology, advanced endoscopy, and cannabinoids, Dr. Mohan Cooray has extensive experience in the epidemiology and treatment of disease. After graduating from the University of Toronto’s Life Sciences program with the highest distinction, he was accepted into the prestigious Michael G. DeGroote School of Medicine at McMaster University and was recognized for his achievements with the Outstanding Gastroenterology Resident Award in 2015. He was quickly recruited for a highly coveted position at the Michael Garron Hospital in Toronto, where he worked with patients undergoing treatment for digestive diseases.

Soon into his tenure at the hospital, Dr. Cooray realized the limitations of traditional pharmaceuticals in the treatment of disease and the harmful, often life-threatening effects they were causing. By researching alternative therapies and analyzing patient reports, Dr. Cooray quickly discovered the benefits of cannabinoids – only to realize that access to this centuries-old therapy was restricted.

With a passion for innovation and with the help of his peers, Dr. Cooray founded healthcare technology platform, Cannalogue, in 2016. Advocating for better patient care and with a mandate to improve access and education for all Canadians, Cannalogue’s evidence-based medicine and research platform received a novel medical licence from Health Canada in 2019.

In addition to his role as President and CEO of Cannalogue, Dr. Cooray is world-renowned for his current research with cannabinoids in the treatment of health and disease. Dr. Cooray instructs physicians all across the world on best prescribing practises with cannabinoids and has impacted medical laws in the field. Working closely with federal regulators such as Health Canada and the Food and Drug Administration (FDA), Dr. Cooray is a globally emerging clinician/scientist with a spectacular track record and bright future.