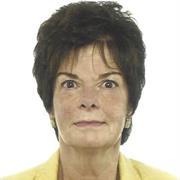 Gina Browne is Professor Emeritus at McMaster University. Gina joined the McMaster School of Nursing in 1971 as Lecturer to Associate Professor. She held the position of Professor in the School of Nursing until 2015. From 1991-2009, Gina was Founder and Director of the Health and Social Service Utilization Research Unit, funded by the Ontario Ministry of Health and Long-Term Care. As a Family Therapist in primary care since 1978, Gina had a first-hand knowledge of the mix of challenges faced by, and effective interventions for, many of the most vulnerable citizens and their families. Since 1978, Gina was also an Associate Member in the Department of Health Research Methods, Evidence, and Impact (formerly the Department of Clinical Epidemiology & Biostatistics). From 2009-2013, Gina became the program lead of a Ministry of Health and Long-Term Care-funded Applied Health Research Network program entitled Innovative and Integrated Systems of Prevention and Care.

Both the Health and Social Service Utilization Research Unit and the program on Systems of Prevention and Care initiated, implemented and coordinated studies of service interventions for persons with co-existing problems simultaneously using health and social services. The studies tested the effectiveness and efficiency of multisectoral and proactive service interventions provided through alliances between service agencies for vulnerable children, adults or seniors. Gina was responsible for the success of bringing partner health and social service agencies together as a group to discuss, review and implement innovative and integrated services to citizens with problems that were of priority to the government of Ontario. Gina developed an Integration of Human Services Measure© and model to measure human service integration and change over time through strategic alliances with autonomous services as one way to achieve comprehensive health and social services for target populations. Gina also had a 44 year track record in developing others in the conduct of original and often sited economic evaluations of service intervention research. She was particularly interested in clientele shared by health and social sectors, the combination of problems that guided simultaneous use of services, factors which explained the variability of client outcomes, and the cost of a “life without purpose” to society.

Gina was the principle author of one study of mothers and children receiving social assistance and their response to five types of service intervention. This study entitled “When the Bough Breaks” received the Health Promotion and Innovation Award of Excellence for the study of children’s health from The Canadian Institute of Children’s Health, and the Parks and Recreation Ontario President’s Award of Distinction. The study served as the basis of larger projects entitled Families First Peel and Families First Edmonton. Gina was the 2005 recipient of the National Award for Excellence in Nursing Research from the Canadian Association of Schools of Nursing. In 2009, she received an Honorary Doctor of Laws from Ryerson University in Toronto for her contributions that addressed social inequities. In September 2010, Gina was awarded the Champion of Human Services Award from the Ontario Municipal Social Services Association (OMSSA) in recognition of her significant impact on human services at a municipal, provincial or federal level. In September 2012, Gina was inducted as a Fellow into the Canadian Academy of Health Sciences. Gina was also the recipient of the 2013 Excellence through Evidence Award of the Canadian Foundation for Healthcare Improvement. Gina has contributed to 165 peer-reviewed publications, 17 published abstracts, 8 chapters in books, and 507 conference presentations and workshops.

It has been said that “Gina often thinks the unthinkable, says the unsayable, and does the undoable!”