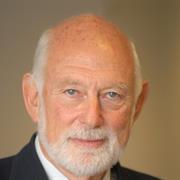 Dr. John Bienenstock is internationally known as a physician and mucosal immunologist. He trained at King’s College, London and Westminster Hospital, London, U.K. He holds the title of Distinguished University Professor at McMaster University, an Honorary MD (Goteborg, Sweden), is a Fellow of the Royal Society of Canada and a Member of the Order of Canada and is an inductee into The Canadian Medical Hall of Fame. He is the Founding Director of the McMaster Brain-Body Institute at St. Joseph’s Healthcare Hamilton, a former Chair of Pathology and subsequently Dean and Vice-President of the Faculty of Health Sciences, McMaster University.

He has served as the President of the Canadian Society of Immunology, the Society of Mucosal Immunology and the Collegium Internationale Allergologicum. He has published more than 500 peer reviewed articles and other publications and has an H-index of 86. He has authored, edited and co-edited 10 books on mucosal immunology and allergy. He has supervised some 60 post doctoral fellows and 10 doctoral students. His current main areas of interest are: mechanisms of action of commensal bacteria on the nervous system and behaviour and in various models of inflammation.