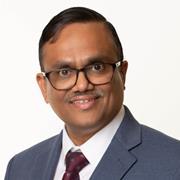 Dr. Abdul Wahab (a.k.a Dr.Gani) is an Associate Professor in the Department of Pediatrics at Mcmaster University. He pursued his medical training in India, where he graduated from Madurai Medical College in 1991 and completed his postgraduate training in Pediatrics and Neonatology at Manipal University in 1997. For the next several years he practiced as a Neonatologist with the Ministry of Health at Al Adan Hospital and Al Ahmadi Hospital in Kuwait before joining the Neonatal Perinatal Fellowship program at McMaster, which he completed in 2012. He did his Masters in eHealth at Mcmaster University which he completed in 2013. Afterwards he began his career as a Neonatologist in the same institution and he was the Program Director for Neonatal Perinatal Medicine Fellowship Program at McMaster University from 2013 to 2018. He was the first recipient of McMaster's prestigious DPLEIA Award for his educational innovation during his leadership role as program director.

His passion is training and knowledge translation in TnEcho and Point of care ultrasound in Neonatology. He is one of the founding co-chair of international POCUSNEO program in Canada focusing on training neonatologists on point of care ultrasound skills. Currently he is the chair of TnEcho and Point of care steering committee at McMaster Children's hospital. Also he is an active member of the North American TnEcho Collaborative Committee and conducted two international TnEcho workshops in Canada. In addition he conducted several local conferences and workshops on Evidence Based Medicine, Biostatistics, lung ultrasound, NIRS and hemodynamics. He has a passion on web interface development for education, simulation and knowledge translation for neonatal trainees, accordingly he found “pocusneo.ca” website portal and an online interactive eBook on “Point of care ultrasound in Newborn” for international Neonatal physicians trainees.